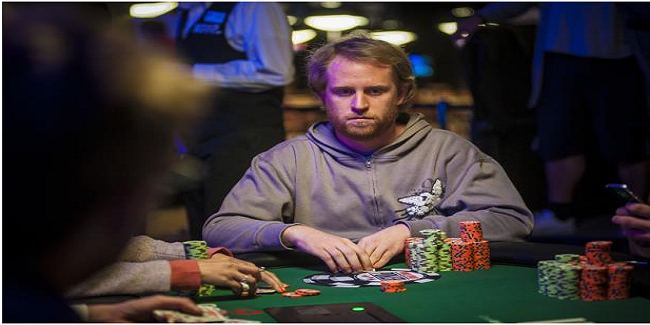 A pro poker player from Brussels, Belgium Michael Gathy has won the event#35 of the world series of poker 2016. The event was for $1,500 buy in six handed No Limit Hold’em to which the EU player did this and took home the title of the championship along with the first prize of amount $560,543. This was the third gold bracelet win for the player.

Adrien Allain of France was the runner up of the event, who collected a handsome $346,632 as winning prize. The tournament attracted 541 players and generated a cash prize pool of amount $2,542,700, top 82 places of the tournament got some amount of money as prize.

The 27 year old guy from Brussels was the winner of the game, till date he has been through 5 final tables and 3 gold bracelets wins, whereas total cashes for the player at WSOP is 15. All time money for the player, playing at World Series of poker is now an enormous $1,463,269.

He was very happy and said that I would like to win European poker tour (EPT) after this great shot of my career. Gathy joked that “though we don’t have (Belgium) professional poker players, but we do well in tournament like this.

Final seven players of the game were:-

As mentioned earlier, the title of the championship belongs to Michael Gathy for $560,543. The second position of the event was for Adrien Allain, who collected a winning share of amount $346,632, playing at the event.

Third, fourth and fifth positions were for a Spanish professional Manuel Saavedra Nunez and the payout for him was $229,990,Blake Eastman from New York collected $155,762, whereas a pro player from UK Scott Margereson was the fifth position holder in the game for total winning share $107,723.

A Vietnam player Thi Nguyen was the sixth ranker of the event, who got off with $76,112. Meanwhile seventh position of the game was for another Belgium player named Thomas Bolvin, who got $54,966 as winning total.