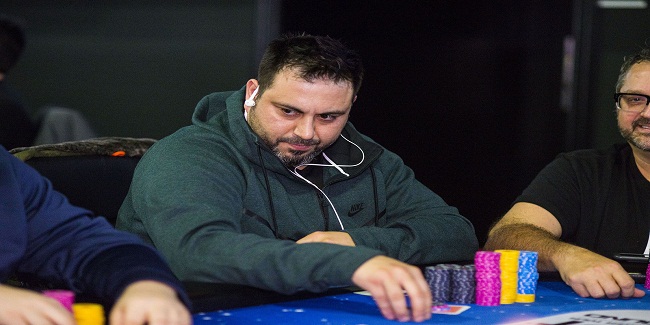 Mike Baroud, a local professional poker player from Ottawa is leading the chips on Day 1 B of season XV world poker tour Playground.

Anthony Zinno was the chip leaded of the day 1A for the same tournament. He had total 209,200  (174 bb) chip counts but things changed on second day of the game, when a player named as Mike Baroud hits back on day 2.

It would have been a difficult task for Baroud to crack the chips while players like Anthony Zinno was there at the table on Day 1, but he did well at the end of the game and becomes the chip leader on second day of play.

Chip leaders of Day 1b:-

Here are the top five finishers from the end of Day 1a:

No one from day 1 A was in top five of Day 1B. Almost all the players participating in the game were new at the point. They all seem to be good and are eyeing to win this prestigious poker championship at Playground.

Baroud may be inexperienced but he has played well at online poker sites Canada as well as live poker tournaments.

Final 48 players will have the opportunity to play on final day.  The winner of the tournament will receive an amount of C$241,500 as first prize and he will be able to participate in to $15,000 WPT Tournament of Champions.