A pro poker player from Canad 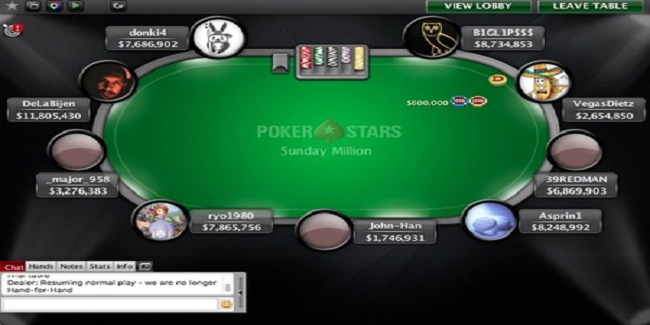 a named Mike “VegasDietz” Dietrich has won the latest Sunday Million event and took home a good total of amount $122,108 along with him. The tournament received 5,889 entrants and generated $1,177,800.00 as total prize pool. Final 836 places of the game took home some money.

Most of the final tablists were top pros and some of them have already won the tournament earlier than this such as UK’ James “asprin1” Akenhead won this January 2012, for a prize of amount $213k, whereas a pro poker player from Netherlands named DeLaBijen won the event back in 2013 for a prize money of amount $113k.

As mentioned there were 5,889 participants looking to do good in this event out of which 4,959 were unique players/entrants and 930 were re entrants.

The final table was set after plenty of hours of games took place and it included some of the world class poker players i.e. B1GL1P$$$ from Malta who got busted to fifth position with a total amount of $38,400, DeLaBijen from Netherlands, German  _major_958 (got busted to ninth place for a total $8,809).

The first elimination from the final table was of _major_958 from Germany who make his way out for a total winning share $8,809. Next to him was a pro from United kingdom and the winner of the January 2012 Sunday Million James “asprin1” Akenhead, who took home $12,729, being eighth player. He was not able to convert this time.

A player from ryo1980 pocketed $18,392 from the tournament and was at seventh position in winners list. Meanwhile jus after his removal another player named John-Han from Russia got busted to sixth place and collected a good total of amount $38,400.

The heads up was among Canadian Mike “VegasDietz” Dietrich and Finnish donki4, but it was a day of Canadian “VegasDietz”, who becomes the title owner and pocketed $122,108, whereas donki4 was runner up for $102,475.