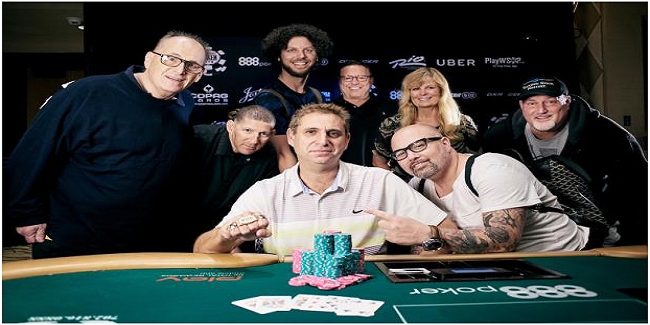 Mike Wattel, a professional poker player from Arizona has won his second gold bracelet at World Series of poker 2017. It was the event#72 of the series. The by-in of the event was $10,000 and the game was seven card stud poker championships. The winner pocketed a sum total of amount $245,451 from the tournament.

Top 7 of total 8 players who played at final table of this game were pre gold bracelet winners including Wattel. His first gold bracelet came back in 1999 for him and it was the event#15 of buy-in $1,500 Omaha Hi-lo. His total WSOP earnings is now gone past to $2,247,383.

The runner-up of the event was a pr poker player from California named Chris Ferguson who pocketed $151,700 from the event. It could have been his sixth gold bracelet playing at World Series of poker but he couldn’t do this because of Wattel.

Perry Friedman of Nevada completed his journey at third position for a total winning share of amount $104,416, while fourth position of the match belongs to a player named Sean Amir Mirrasouli, who took home $73,810 from the game.

The heads-up in between top two remained players i.e. Mike Wattel and Chris Ferguson continued to six hours but ultimately it was Wattel who did the job and became the winner of this prestigious world series of poker event.

Wattel was very happy after winning this event. He said post match that “I just feel relieved,” he added. “I finally won one again.”

The first player busted from the final table was David Benyamine, who made $24,419 from the tournament for his eighth place.