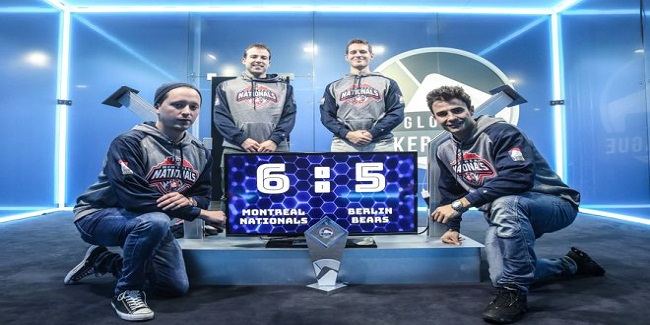 The very first global Poker League Championship goes to team Montreal Nationals. The team collected the first prize of amount $100,000 from this prestigious poker festival that featured a total of nine teams from different parts of the world.

Berlin Bears becomes the runner up in this inaugural GPL Championship in 11 games.

Game#1 kicked off on its scheduled time in between Sorel Mizzi and Mike McDonald. Both of them were playing outstandingly. McDonald slowly and steadily started taking stacks of Mizzi, but ultimately it was Mizzi, played well against McDonald and won the match.

Next game of match or game#2 took place in between Bill Perkins and Pascal Lafrancois, and that also belongs to winning team’s Lafrancois, an unbeatable player.

Game#3 was in between Berlin Bears Brian Rast and Montreal Nationals Jason Lavallee, to which Lavallee handed Rass his first loss and made sure to provide a good 2-1 lead to Nationals.

Game#4 was among Bill Perkins and Mike McDonald to which nationals Mike McDonald did well and took the lead to a very good 3-1 over Berlin Bears.

The next game of the match was among Brian Rast and Jason Lavallee, and in this game Rast did well completed as a winner.

But just after Rast game Sorel Mizzi lost his game against Pascal Lafrancois of Nationals.

Game#7 was among Bill Perkins and Mike McDonald and here Perkins got the edge over Mcdonald.

Game#8 took place in between Brian Rast and Jason Lavallee and here Rast lost another game against the opponent.

The winner of game#9 and game#10 was Sorel Mizzi of Berlin Bears who defeated two back to back players named as Pascal Lafrancois and Mike McDonald in two consecutive games and leveled the series to 5-5.

And that is the time when everyone out there at the gaming table looked upon final game of the match, which took place among Brian Rast and Pascal Lafrancois.