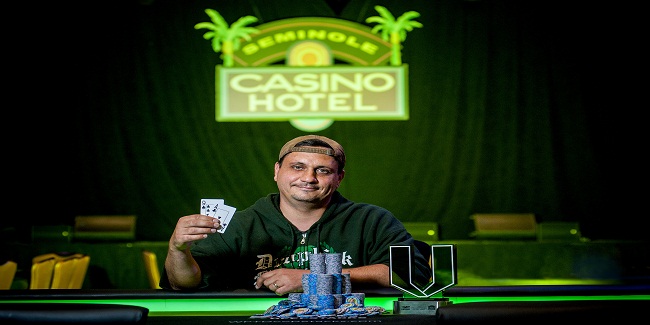 Nathan Papp, A pro from the United States has won WptDeepStacks Immokalee $1,100 Main Event on Sunday and collected the first prize of amount $68,959. The tournament was played at the Seminole Casino Hotel in Southwest Florida.

The tournament attracted top poker player, while the final table of the event had some real good players such as Steve Karp, Rosario Simone, Jeffrey Pringle and Trent Baker, but it was Papp, who did a fabulous job at the end and after playing 11 hours and got the prize for that. He received most of the money of the pool prize and of course collected the trophy.

The runner up of the event was a pro Trent Baker, who made $40,638 from this particular world poker tour’s deep Stacks tournament.

The field of 50 players was down to 8 at 8 p.m. local time. The first elimination took place when Rosario Simone got busted from the table and finished his journey being ninth position holder. He made $4,433 from the event.

Then after this, two players got busted back to back and they were William Tonking, who made 46,197 being eighth player, and Randy Spain, who made $8,734 being seventh player in the list.