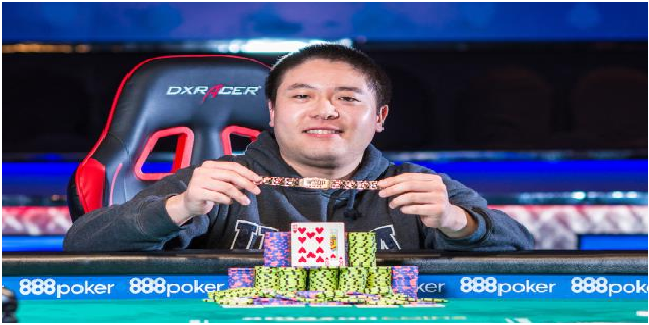 Brian Yoon, a professional poker player from Nevada, United States has won the event#47 of 2017 World Series of poker. The winner pocketed a handsome amount of $1,094,349 as total winning prize.

Ihar Soika, a pro poker player from Minsk, became runner-up of this event who pocketed $675,995 from the tournament for his second place, while third position of the game was for a pro named Stanley Lee, who made $501,353.

Brian Yoon is a 27 year old poker player from los Angeles. This is his third gold bracelet win here at World Series of poker. His first gold bracelet came for him back in 2013 and second was in 2014. As you know he almost won $1.1 Million, here in this particular event of No Limit Hold’em, which makes his total earnings to $2,777,523 from 22 WSOP cashes.

Yoon has played three final tables of WSOP and all the time he won gold bracelet. Yoon was very excited after winning his third gold bracelet. When reporters asked him fact that “how does it feel to win three gold bracelets’, he replied that this one is better, because, when you think of winning one bracelet and you win one, you win second but then the third one is quite amazing.

He mentioned in his saying that ‘getting this one in 2017 feels really good”, it’s my biggest score ever, he said.