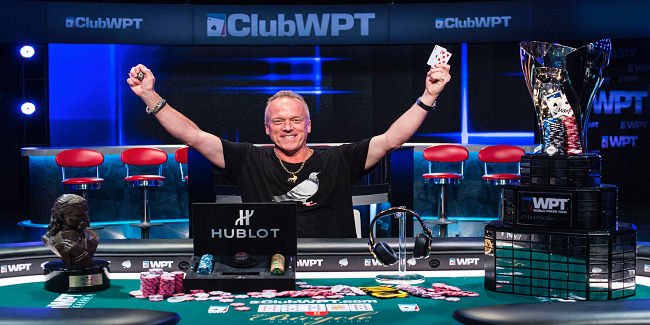 Pat Lyons, a very well known poker professional from the United States has won one of the most prestigious poker tournaments of the world i.e. World poker tour’s Legends of poker at the  Bicycle Casino in Bell Gardens.

This was the season XV of this particular poker series, to which Lyons creates history by taking down the award title as well and an amount $615,346 as winning share. Not only this, but he gets an automatic entry to season ending WPT Tournament of Champions.

Ben Zamani was the runner up of the game and was able to collected an amount of  $341,412 as winning share.

The final table of the WPT legends of poker was as follows:-

Meanwhile the elimination were as follows:-

The first man to hit the rail was a player named Rafael Oliveira, who buy the way made $85,760 from the tournament before got busted to sixth position.

Then goes William Vo, a 77 year old poker player, who was lucky enough to reach at final table but somehow got busted to fifth position for a winning share of amount $113,105. Vo was the oldest player in the world poker tour’s history who was competing at the final table to win the prestigious WPT legends of poker.

Todd Peterson becomes hit the rail and was booked at fourth place for a total winning share of amount $149,715.

The three hands game included only top remaining players such as Pat Lyons, the winner who created history by winning $615,346, Ben Zamani, the runner of the tournament who took home a good total $341,412, and Upeshka De Silva who pocketed $198,720, being at third place.
,