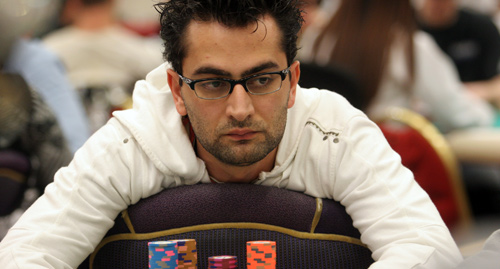 Antonio Esfandiari or “The Magician” is a professional poker player from United States of America. He is one of the top Poker in the world who has won 3 WSOP Gold Bracelets as well as 2 World poker tour titles. Esfandiari also known for winning more than $18 Million of cash prize playing at The Big OFPD(One Drop for One Event) at world series of poker 2012.

“The Magician” born in 1978 in Iranian capital City i.e. Tehran and moved to California with his family when he was just 9 years of age. Esfandiari started playing professional poker games since he was 19. The total amount won by this magician by winning 10 career titles and 78 cashes is more than $26,777,883.

He has been through 9 final tables of World Series of poker and out of 9 he has won 3 Titles. The 3 WSOP Titles are follows:-

Not Just at World Series of poker but Esfandiari, did great at WPT and won two Titles there in the year 2004 and 2010.

In the Year 2008, Esfandiari, played at European Poker tour and made €168,000. The event was EPT Grand Final Main Event.