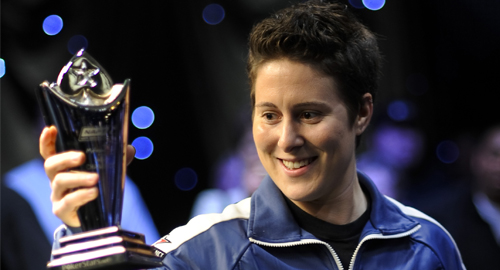 Vanessa Selbst was born in 1984 in Brooklyn, New York. She is one of the best female poker players in the poker history. She is a great finisher of the game and love to do that. She has won millions of dollars playing at various poker tournaments. She started playing poker games professionally since 2006.

She became very popular by winning two back to back poker tournaments in 2010 and 2011 i.e. Northern American Poker Tour Mohegan Sun Main Events. Another big victory for Selbst was back in 2010, when she won the Partouche Poker Tour Main Event and collected a real good cash amount of € 1,300,000.

Some of the details:-

She has made more than $830,920, playing at various world poker tour events. She is a  two time finalist of the main event at WPT.

Some Big wins at WPT:-