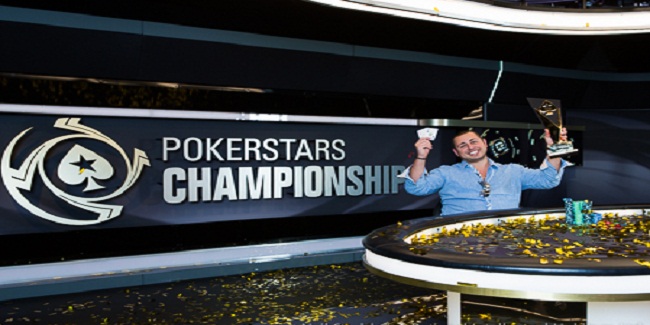 The player collected first prize of amount €466,714 from the heads-up deal, while runner-up of this event was a player from Germany named Andreas Klatt.

The winner and the runner-up, both were PokerStars qualifier. The runner-up took home a good total of amount €402,786 from the title.

Raffaele Serpentine is a 37 year old professional poker player from Italy. Last week he was in Mexico, but before a couple of days he was at Monte Carlo casino and there he won his biggest title of his career.

Raffaele Sorrentino was very pleased after winning this prestigious poker title. He said that “all he was thinking as he jetted across the world to play card games and this is how things completed, I won my biggest poker title ever, he added.

This main event was avery crucial one for many players. Top 8 finalists included players from France, Russia, Belgium, Germany and Italy.

The first player busted from the final table of this particular main event was a player from France known as Romain Nardin. He pocketed an amount of €58,740 for his eighth place.

David Kitai, a pro poker player from Belgium did well to come in to top 8, but unfortunately hit the rail. He busted to seventh place and collected a sum total of amount €79,750 from the tournament.

Fifth, fourth and third positions of the match belongs to players from France, Russia and Russia and they were Michael Kolkowicz, Maxim Panyak and Andrey Bondar. They pocketed €147,120, €199,900 and €271,500 respectively.

Top two positions of the match after a heads-up deal:-