A German pro poker player Rainer Kempe has won the €25,000 High roller event at EPT Prague. Some of the 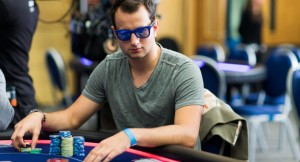 The event €25,000 High Roller took place on Friday in capital city of Czech republic, to which Kempe did a superb job and won the title of the event. The 26 years old Berlin pro has made a hugh €539,000 after winning this particular event. Before the tournament started Kempe was $70 short of his total earning of $1 million from various tournaments.

Steve O’Dwyer, an Irish poker player and a winner of Super High Roller in the same tournament booked for 11th place and added €49,000 in his main account.

Kempe was unbeatable and it was a great win for him. Every move made by Kempe was doing extremely right for him and there was no mistake at all.

The final 11 players of the event are as follows:-