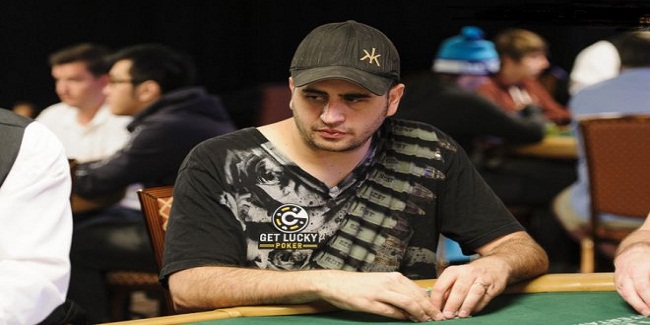 Robert Mizrachi has won his fourth Gold ring at World Series of poker 2016. The $10K buy in seven card championship took place on June fourth to which Mizrachi, a Florida based pro poker player did really well to win the title of the championship.

Mizrachi collected the first prize of amount $242,662, topping a field size of 87 entries which generated $817,800 as total pool prize. He is one of the elite poker player family, his brother Michael “the Grinder” Mizrachi has already won three gold rings at WSOP.

The final table was set and out of eighth finalists, seven were per gold bracelet winners. some of the top poker players of the final table were Steve Weiss, Ted Forrest (a six time gold bracelet winner at WSOP), and Matt Grapenthien. Ted Forrest was looking good at the time of the game but somehow hit the rail and busted to fourth place and leaves the title open for Mizrachi.

Matt Grapenthien another player of the final table was playing good to win the title of the championship. He was short stacked but after some hands kept the momentum up to do really well. He was looking good after some time of the match, but it was a day of Mizrachi who collected the title along with the first prize of amount $242,662.

David Benyamine, Bill Chen, Calvin Anderson, Rod Pardey with Adam Friedman, Adam Owen, Jeffrey Lisandro and Stephen Chidwick were among other players, who did well and collected cash at this particular event of world series of poker.

Robert Mizrachi was very happy after winning this tremendous fourth gold bracelet of his poker career and said that, the way I played was quite awesome, and I’m really happy that I did it.