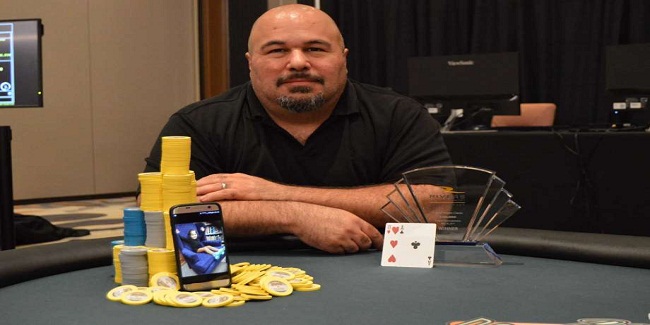 Robert Saladin, a professional poker player from Orange County has won an event at River Casino & Resort’s inaugural Capital Region Classic poker. The player collected a sum total of amount $40,034 from the tournament and took home the title of the championship.

This five- day long tournament took place at River Casino & Resort’s. Gerald Edwards of Schenectady becomes runner-up of this event, who pocketed a sum total of amount $32,258 from the tournament for his second place.

The tournament attracted $272,655 as total prize pool, which was distributed among top 137 players. The tournament was played from May 23 to May 28 at Rivers casino. The casino was opened back in February 2017.

The general manager of Rivers casino Mr. Mary Cheeks said that “we had a fantastic turnout of players looking to win here at our casino”. He also said that we are eager to keep delivering for those players in next big events.

According to casino officials, the tournament attracted 1,095 players from all across the United States of America.

Here at this site, you could find best and legal poker sites of USA. So if you are a poker player and looking to play online poker games ten you should check out realpokeronline.co.uk.