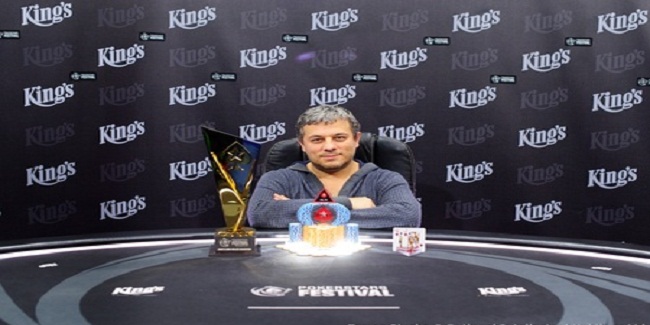 Eugene Katchalov of Ukraine becomes runner-up of event and pocketed an amount of € 50,972 being second.

The event attracted 37 players out of which 9 were re-entrants. Total prize pool of the tournament which took place at King’s Casino Rozvadov was €179,450. The money was distributed among top 6 finishers of the game, while most of the money belongs to the winner i.e. Troyanovskiy.

Only 15 players returned on Day 2 of the game with Troyanovskiy leading with chip counts. A pro poker player named Pierre Neuville busted to seventh place. He couldn’t kept his momentum and eliminated in the first round of the game.

Top 6 players remained in the game were Chech Republic’s Martin Staszko. He was the first player who busted in early round of play. Staszko pocketed € 12,560 from the tournament and booked at sixth place.

Next Man hit the rail was a German Andreas Eiler. He busted to fifth place and made an amount of € 16,150 from the tournament for his fifth position.