Another player from Russia named Denis4491 completed his game being at third place for a total winning share of amount $6,514, while fourth place was booked for a player from United Kingdom named slinky81, who made $1,011 from the tournament.

The winner of this match decided in a heads-up game among players known as _pippzor_ and sprocketsAA. 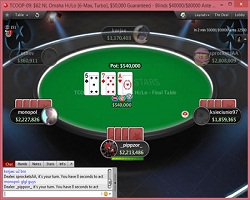 For player who have not tried any online poker tournament in Europe can take a look at realpokeronline.co.uk for all their gambling needs. If you need to play free or paid version of games you would find this place a great one for you. It is a great place for UK players as well.