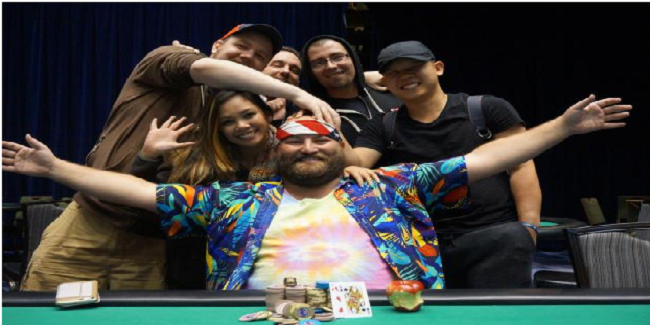 Scott Stewart, a professional poker player from California has won his fifth world series of poker circuit ring and pocketed a sum total of amount $63,399 from the game. He was at 13th place in WSOP main event, but this time he did well and turned down the title. It means in less than one month he has generated an amount of $535,000 from two World Series of poker tournaments.

The latest tournament was $2,200 no-limit hold’em high roller which attracted 114 players from different states of the country. Bradley Phillips becomes the runner of this game for a total of amount $42,276, while third position of the same match belongs o a pro poker player named Todd Mercer – $30,101.

Stewart was very happy after winning his fifth gold ring. He said that “it feels like one, two, three, four and fif!” he mentioned that he was waiting for this situation from couple of years and now e thinks that he can do most of it”, he said that “I have won five  and hopefully a couple more come. It’s always good to start off with a bang.

Stewart further said that “I have waiting to say that for couple of years’, a few friends of mine, who already passed me have been needling me about it and now I’ve won fifth gold ring.

Stewart total earnings from various World Series of poker are now over $900,000. He is closer to $1 Million mark.