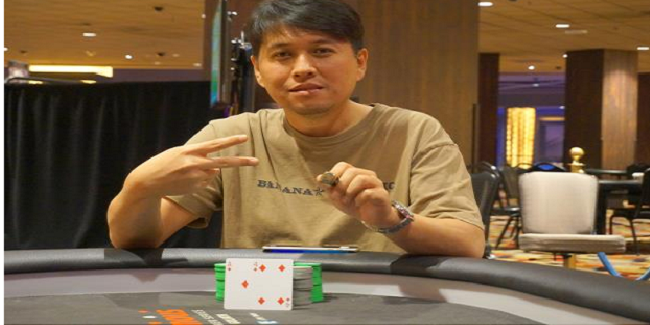 Sean Yu, a pro poker player and 41-year-old Los Angeles native has won the prestigious world series of poker circuit’s main event at planet Hollywood and collected $170,286. This was the second gold ring win for Yu. The runner up of the game was Eli Elezra (a three time bracelet winner), who made $105,281 from the tournament.

It is definitely not an easy job to win gold rings at any world series of poker circuit places, but Yu did well and played outstandingly till the end of the day against all his opponents to take down career’s second god ring at Planet Hollywood.

By winning this tournament, Yu just did not collect the first prize but also gets an automatic berth to prestigious Global Casino Championship next year.

The tournament attracted 208 players on Day 1A, and received another 320 entries on Day 1B of the main event. It means a total 528 entrants were looking to win the championship title and they generated a prize pool of amount $792,000, which was distributed to top 54 finishers. Sasha Barrese becomes the 54th player who took home $3,041.

Sean Yu was a happy guy after winning his second gold ring at WSOP circuit and said that “it feels amazing”, it feels great. I have been coming to this place since many years but never had a taste of success, but this year, when I started on Day 1A everything was fine to me.

Tim West got eliminated to 10th position on Day 2 of the event and was out from the final table.

The final table result was as follows:-

3rd: Daniel Needleman completed at third place in the list and made $76,911 from the tournament.