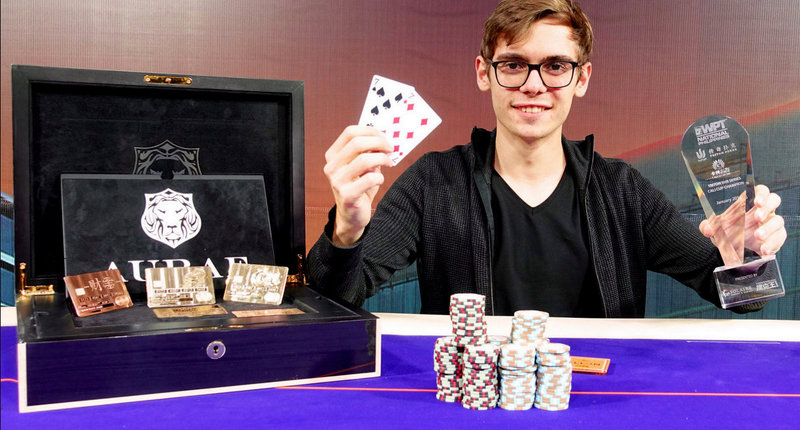 This certainly is a great moment for 22 years old German poker player Fedor Holz. He has won the largest buy in event in world poker tour history at WPT Philippines. The $200,000 buy in Triton Super High Roller Series Cali Cup event was played at Solaire Resort and Casino in Manila to which Holz did a great job and topped the field of 52 players.

He defeated some top poker players of the world i.e. Phil Ivey, Dan Colman, Steve O’Dwyer, Paul Phua and Mike McDonald. Holz won the first prize and a cash of $3,463,500.

This was the second back to back win by Holz. Last year in 2015 he won WPT Alpha8 played at Bellagio and collected more than $1.5 Million. The total earning for Holz now crossed to a whopping $7.2 Million. This is simply is golden period for the German player. He is at the top of his poker career.

On Day 2 of the game total 33 players remaining out of 52 official entries. Stanley Choi got eliminated first and was at 9th position for the game. The rest of the eight players including Tom Dwan, Isaac Haxton, , John Juanda, Brian Rast, and Stephen Chidwick, were at the final table to win most of the monsy of $10 Million Pool Prize.

Phil Ivey, the front runner of the day 1 and WPT Champion Club Member and a 10-time bracelet winner got 5th place by just having 20% of chips and collected $656,500. Mike McDonald finished eighth place and won $351,320, in this particular six handed tournament.