Steve O’Dwyer of Ireland has won the EPT Prague super high roller event and took home a cash of €746,543. 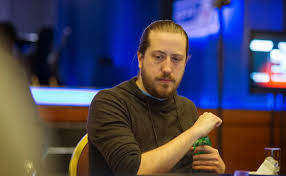 This was the €50k buy in event to which Steve did really well and topped the field of 56 entrants (41 fresh entries and 15 re entrants). The field was fill4ed with some of the best poker players of the world like Sam Greenwood,Igor Kurganov and John Juanda.

This was a massive year for Mr. O’Dwyer. He also won the first super high roller event named PokerStars Caribbean Adventure in earlier 2015 to which the buy in was $100,000 and now winning this particular super high roller event of buy in €50,000 at EPT Prague is an awesome work by him. This was the fourth titleof the year and tenth final table playing for O’Dwyer.

In this game he had a very tough compteretion against the top world ranking players. Igor Kurganov booked for 3rd position and earned €376,400; Dzmitry Urbnaovich got 4th place at the event and took home a cash prize of €285,000 as well as John Juanda got 8th position and collected €107,550.

The end of the game played between O’Dwyer and Sam Greenwood and they both decided to make a deal of sharing the amount to €643,607 for Greenwood and €724,228 for O’Dwyer.

The tournament was a success and players from around the continent participated in the poker festival played at Hilton Prague Hotel, in Prague.