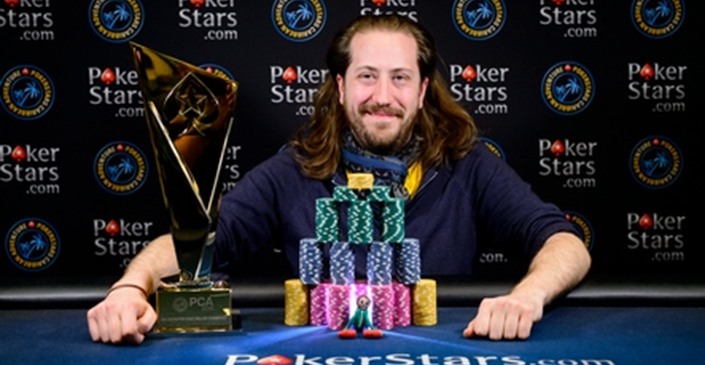 The year 2016 seems to be a great start for Steve O’Dwyer. The Irish poker pro has has won the $50K Single day High Roller event at PokerStars Caribbean Adventure. It was one of the best events of the tournament which attracted lots of players.

The total number of entries to this particular event was 80 in which 58 were fresh and unique entries and 22 were re entries. O’dwyer topped the field size of 80 and collected the first cash prize of $945,495.

The tournament includes some of the best poker players from around the world such as Erik Seidel of United States, Ike Haxton of US, Bryn Kenney of USA, Connor Drinan, Scott Seiver and Timothy Adams of Canada.

Some players who got nothing and were empty handed at the event are Joe McKeehen (The 2015 WSOP Main event Winner), Adrian Mateos( EPT#11 Main Event Champion), Jason Mercier ,Liv Boeree and Byron Kaverman( GPI Player of the year 2015).

Some Top Places and Prizes are as follows:-

Connor Drinan of United States was runner up and took home $870,625.

Erik Seidel, another US poker pro completed at 5th place and added cash amount of $301,080 to his account.