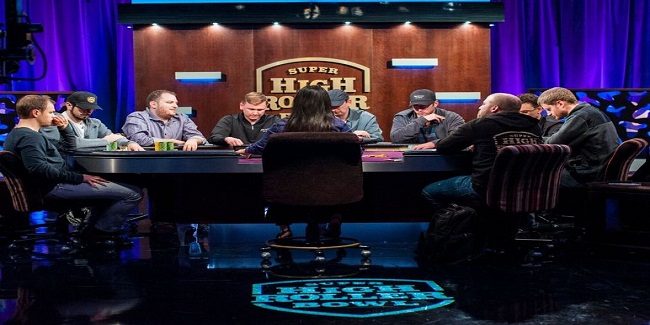 Poker central has announced the most prestigious poker event i.e. super high roller bowl for the year 2016. The event would take place at ARIA Resort & Casino, in Las Vegas. The 4 days long tournament will kick off on May 29 at 2 P.M and will conclude on June 1, 2016.

Mori Eskandani, the chairman of the POKER PROductions is very exicited about the tournament and said that it will be one of the most talked poker tournament of the year 2016 which would feature $5 Million, 1st place prize. The projected prize pool of the event is about $15 Million. It will attract almost every top poker player of the world, he added in a press review.

The tournament will be an open event, means an event is not required for you to participate in the game. Players like Phil Hellmuth, Antonio Esfandiari, Daniel Negreanu, Phil Ivey and many others are expected to play at this prestigious tournament.

As per the Clint Stinchcomb , CEO of Poker central, 2016 Super High Roller Bowl should be a hugh festival because It has the ability to change a players life overnight.

The structure of the game:-

The Super High Roller Bowl is a $300,000 buy in event and will feature 49 players, whereas the tables are 7 handed. An additional $300,000 will be added in to the cash prize money by their sponsors. Entry is on first come first serve basis. Once 49 players secured their seats the entry will be closed and every player will start with his $300,000 tournament in chips.

The projected Payouts are as follows:-