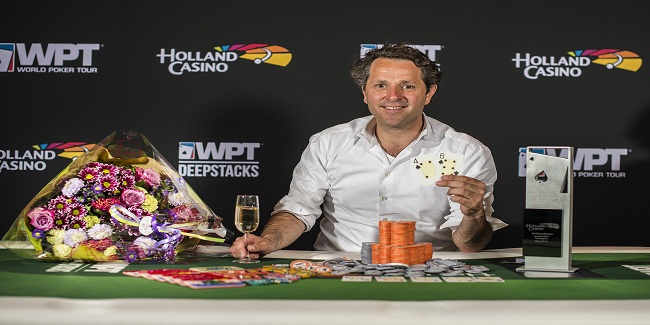 A professional poker player from Netherlands named Thijs Menco has won the first event WPTDeepStacks Amsterdam, which concluded on Monday.

Wassenberg is also from the same country. Third position of the match belongs to a player known as Dennis Bijen, who pocketed €32,405.

Menco not just became the winniner of the title, but he also earned €2,000 package to WPTDeepStacks’ season-ending European event.

Top nine players remained in business. The first player hit the rail was Alberto Stegeman, who busted earlier in the game. He busted to ninth place and collected €7,330 for his place.

Ami Barer was the next man to hit the rail. He got out to eighth position and pocketed €9,170 from the tournament, while another player hit the rail just after a couple of hands. He was Fredrick Andersson, who busted to seventh place and collected a total sum of amount €10,750.

The whole tournament took place at Holand casino in Amsterdam. Next title of this series would be WPT Amsterdam €3,300 Main Event starting Tuesday, May 9.