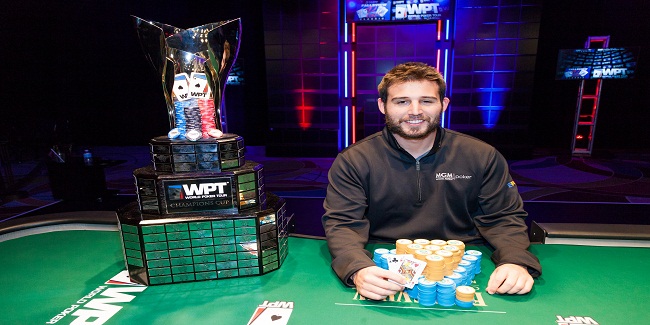 Both the players have created history by winning one of the most prestigious poker event of world poker tour.

Elias now becomes only fifth player who has won three or more titles. Before him players known as Gus Hansen, Carlos Mortensen, Anthony Zinno, and Chino Rheem have done the job.

Meanwhile third position of this particular match belongs to player named Jean-Christophe Ferreira, who pocketed C$193,583 ($144,465) from the title.

Elias seemed to be a happy guy after winning third world poker tour title to his name. He said that “it was a good tournament’, I was lucky to crack the field. It was a great day for me to be here and to win the title against top poker players, he added.

Total 22 players remained in the business on day 3 of the game, when Anthony Dalpra eliminated to 22nd place, while David Cloutier busted to 21st place.

Two players known as Jonathan Jessop and Mark Zajdner were eliminated to first hour of play. Most of the players got eliminated in over three hours of play.