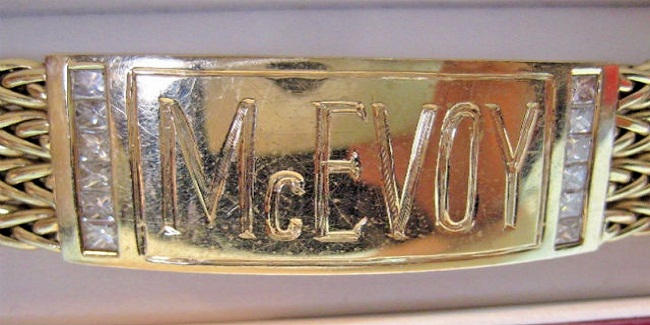 Tom McEvoy, a well known professional poker player who won his first world series of poker Main event gold bracelet back in 1983 is selling his Bracelet on eBay. He is selling many other memorabilia of his inventory.

Poker fans of around the world can purchase his listed items which includes a WSOP Gold Bracelet, three of his own written books, two PokerStars Pro patches and baseball of WSOP, a PokerStars baseball and many other things.

The three books that he has written about poker are “How to win poker tournaments” Championship Table at the World Series of Poker, and Championship Satellite Strategy. McEvoy has his name as either author or co author on at least 16 books.

The asking price for all these inventory is $15,000 and he is offering a 10% discount on his sales, which would end on January 18.

There are currently many poker related items listed on the site, but these sorts of things are very worthy.

One of the most famous and popular sold out at this site was back in 2010, when the winner of 2008 WSOP Main event Peter Eastgate sold his bracelet to UNICEF for $147,000.

McEvoy did well in last season of World Series of poker circuit, where he won $2,311 for being at 93rd position in a $1,500 buy-in No Limit Hold’em game, and another cash of amount $18,714 for being 644th place in the Main Event. make sure to use usa online poker to get most perfect poker websites of the United States.