Poker is one of the most popular and most played games across the Great Britain. Players from all across the world and UK love to hang out with such high energy game which leads them to a winner. Many poker players are professional and since we have got internet, computers, Smart phones and gadgets like these we are doing great at any front. Be it at offline poker places and tournaments like World Series of poker tournament/championship or at the online poker sites.

Here is the list of top 10 UK Poker players who have won millions of dollars playing at various world level tournaments and at World Series of poker. 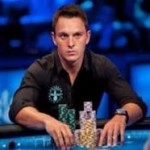 1:- Sam Trickett:– The first name which comes in mind whenever we talk about poker is the Sam trickett, a professional poker player from UK. He has won plenty of championships and titles for him. Best live cash for Mr. Trickett is $10,112,001 whereas the total earning for him throughout his gambling career is $20,566,809, which is an enormous earning for sure. Sam first participated in the event for $5000 No Limit Hold’em for the world series of poker series in the year back 2008 where he made himself through finals and made $245,000. He is one of the best and most successful poker players and of course the highest earning player from the Great Britain or United Kingdom.

2:– Dave Ulliott ‘Devilfish’:- Dave comes second in ranking and list of top 10 UK poker Players after Sam Trickett. Dave is also a man of word and has won millions of dollars. The best live cash for Dave till date is $674,500 whereas total earning from him $6,218,293. Dave is a winner of Late Night Poker tournament.

3:- Roland de Wolfe: – Mr. Wolfe is another UK poker player who comes third in all time ranking. He has been through many world levels of poker tournaments and has won plenty of them as well. Roland has been able to beat the best live cash of $1,025,205 and of course a total earning from him till date while playing poker is $5,330,554.

4:- Jake Cody holds the fourth position for the all time UK poker player’s ranking. He is one of the youngest and the hottest player as well among UK. He has won many EPT, WPT and WSOP titles as well. Total earning for Jake Cody is more than $4,126,308 whereas best live cash for a single time for him is $1,213,194. Recently he was at 113th position in World Series of poker championship for the event $10,000No Limit Hold’em main event, which yielded a total prize of $ 46,890 for him.

5:-Chris MoorMan :- Chris is also a youngest UKL poker player. He made himself through many world poker titles. He has won great prizes at European poker tour, the EPT, WSOP and WPT. Best live cash for Chris is $1,068,690 whereas total earning for him while playing poker is more than $4,101,179. Recently he participated in World Series of poker tournament of 2015 for the event $240 Chad brown and took 17th place.

6:- Surinder Sunar: – Surinder is a professional poker player from United Kingdom and been through many poker championships including WPT, EPT, IPT and WSOP. The total single live cash for him belongs to $828,956 and total earning till date is $4,647,715. The last participation for him was to the € 150 + 20 No Limit Hold’em in Irish Poker where he secured first prize and took home $ 4,935 as total. 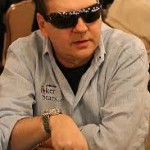 7:- John Gale:- Another Englishmen and professional poker player is Mr. John Gale. He is one of the top players in the world and holds his position. Till date the best live cash for him is about $890,600 whereas total earning has gone passed to $3,667,427. The last tournament for him was at $10,000+$400 No Limit Hold’em championship where he secured 12th position and got a prize of $37,956. Besides playing at WSOP,EPT and WPT, john has played at many other tournaments.

Mark Teltscher:– Mark wins best live cash for him is $920,015 whereas the total earning from him while being a poker player exceeded to $3,490,950. He is a pro and been through many poker championships.