Some of the best poker players belongs from Ireland, that is why we thought that we should provide you details of 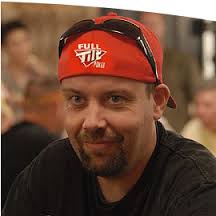 top 5 Irish poker players who have played well in the past and have made millions of dollars playing at various poker festivals/tournaments. Please take a look about them.

Andy Black: –Andrew Black is a Professional poker player from Ireland. He started playing poker games since his college days. The first major event to which Black participated was at World Series of poker main event in 1997.he won $1.7 Million of cash prize and was at 7th place playing at 2005 World Series of poker.

Marty Smyth:-Marty Smyth is a professional poker player from Belfast, Ireland. He is a WSOP gold bracelet winner. In 2008, Smyth won the $10,000 Pot Limit Omaha championship. He is a winner of 2007 Irish poker open as well In Irish all time money list he is at 2nd position and his current rank for all time money players is 209th. .Best Live Cash Smyth is $1,000,000 while total earning till date is $3,878,673.

Dermot Blain:- Another Dublin based poker player Dermot Blain is at 4th position of Irish all time money list and holds 584th rank in all time money list. The first big event won for Blain was Asian Pacific Poker tour’s main event hosted in Macau, back in the year 2009 where he won more than half million dollars. Blain got 5th place while playing at World Series of poker Europe in 2011 and collected his winning share of €275,000 ($367,362). The event was for WSOPE €10,000 Main Event.

Padraig Parkinson:- A native of Dublin, Ireland Parkinson is a poker player and writes about poker card games. He currently lives in Paris, France. He was third position holder in 1999 WSOP Main event. He is at 5th place for Ireland All Time Money List and 664th rank in all time money. Till date Best Live Cash for Parkinson is $489,125 and Total Earnings for him is $1,782,565.