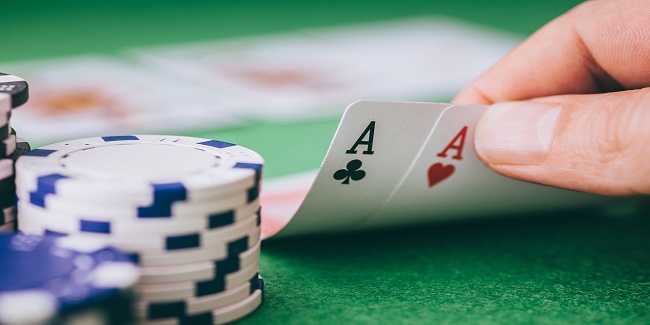 It might seem at first glance as if cash game poker and tournament poker are the same thing. In both formats we have chips, the action is the same, and the hand rankings are identical. The key difference with tournaments is the increasing blind-levels and the inability to rebuy (after a certain point). These small changes may seem subtle, but they are enough to make tournament poker and cash poker entirely different games from a strategic point of view.

If we are a cash game player thinking about making the switch or simply looking to mix in some tournaments to our schedule, understanding the following three differences will prove useful.

A good cash game player won’t try to force the action when he is card dead. There is still a limit to how tight he should play since he needs to pay the blinds to stay in the game. He doesn’t need to worry about dwindling stacks however, since there is always the option to rebuy.

A tournament player may sometimes need to act even if he is relatively card-dead. Given no option to rebuy, a tournament player could end being blinded out of the tournament if he doesn’t act in a timely manner. Depending on the tournament structure it’s usually better to take a risk with a meagre holding than to risk becoming hopelessly short-stacked.

As a rough guide, the shorter our stack gets, the more correct it will to take a risk with a marginal holding, perhaps hoping to pick up the blinds.  The exact metrics of this can be analyzed using ICM calculations (more on this later).

Tournament players hence need the ability to adjust their strategy based on the current effective stacks. This can sometime be quick tricky for a cash game player who is used to primarily playing with 100bb. Tournament players use values known as “M” and “Q” to help them understand how their strategic outlook should change based on the number of big-blinds they have left in their stack.

ICM stands for “independent chip model”. It’s a method of analysis that teaches us that tournament play is not always about accumulating chips. We care primarily about maximizing our overall tournament profits in the long-run. Increasing the number of chips we have does not always maximize our long term profits.

A play that might hence be profitable in a cash game, might turn out to be a losing play in a tournament. This is a hugely important concept, and serious tournament players will make sure to understand ICM poker considerations in more depth.

The above three pointers will serve as a good introduction to tournament strategy, but they are just that: an introduction. Like all other variants of poker, a decent amount of off-table study along with focused practice should reap the best results.