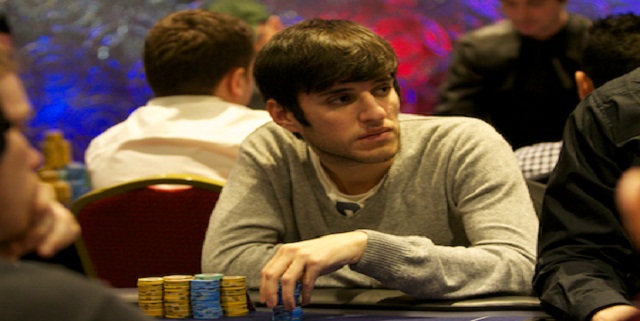 Professional online poker player from United Kingdom Cesar “Ce$ar$pa” Garcia has won the PokerStars Super Tuesday event and collected $72,730 as first prize. The game played on 24th April 2016 at internet. The winner defeated t4t0PAGAU of Germany, who took home $54,007 as winning share. The $1,050 No Limit Hold’em event received 379 players from all around the world and generated a very good prize pool of amount $379,000, which was distributed to top 54 finishers of the game.

The game took at least seven hours to finalize the final table which was as follows;-

The first elimination was of Alex “Schildy1984” Debus of Austria playing against the opponents. He booked for ninth position an collected $6,291 as total winning share. The moment he got off from the table another player of Mexico Jason “jdtjpoker” Wheeler hit the rail. He took home $8,527 as prize money. Australian Michael “WaGe N Warz” Fadersen was doing well but was not able to rise more than seventh position with total $12,317 of prize money.

Next man who got eliminated from the playng arena was Uruguay’s Rafael “zugzwang16” Porzecanski with $16,107. Fifth and fourth positions for the event was bookd for canadiann Mark “AceSpades11” Radoja who got $21,224 and donkey310 of United Kingdom who got $30,320.