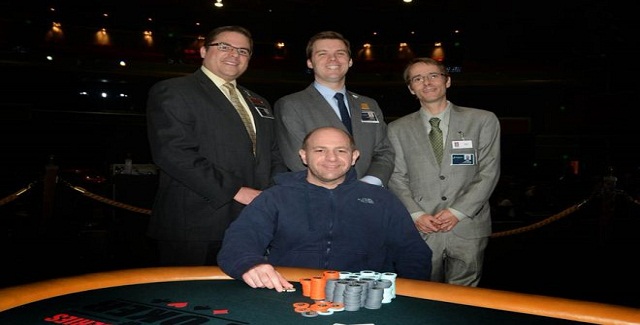 William Luciano won first prize of amount $254,892 at $2,000 buy in Chicago poker classis. The tournament played held at Horseshoe Hammond and attracted 736 entrants but it was Luciano, who changed the game and defeated Chad Freid ($158,556).

After winning this shot Luciano said “I was inspired by Martin Jacobson for his game at world series of poker a couple of years ago”, he played with least stacks and completed his journey by winning most of the prize at WSOP Main event. .”I was down to six blinds on Day 1 and I shouldn’t even be here.This is the largest win by the player, who had about $70,000 in cashes.

Final table details are as follows:-

The first elimination from the final table was of Ben McCoy, who got busted at 10th place and got $18,561 as his winning share, just after his removal another two players hit the rail and the were Bryan Skreens (9th) and Fadi Hamad (8th).

Heads up round took place among William Luciano and Chad Freid, to which William Luciano claimed the title to his name and added an amount of $254,892 to his main account and Freid collected $158,556 as winning share.