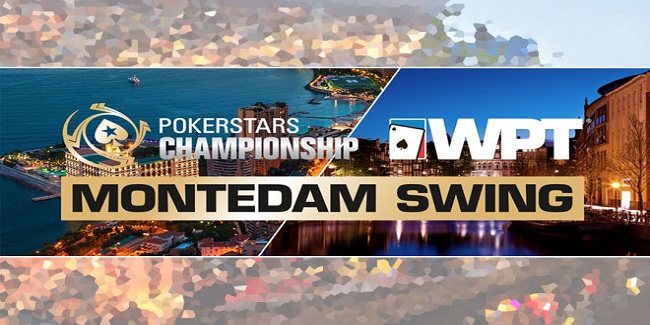 The world poker tour and PokerStars have joined their hands for PokerStars Championship WPT MonteDam Swing. The tournament will take place from April 14.

This is first of its kind poker championship in Europe, which will be presented by Monte-Carlo Casino from April 25-May 5 and that will also include WPT Amsterdam May 5-13.

€5,300 buy-in PokerStars Championship Monte Carlo Main Event will take place from April 29 and it will conclude on May 5.

The next event of the series will be played on from May 5 to May 8 and the event will be €1,500 buy-in WPTDeepStacks Amsterdam.

Whereas €3,300 buy-in world poker tour Amsterdam Main Event will take place from May 9-13.

Top 5 finishers of the tournament will receive.

Some of the big events of the tournament are €1,100 buy-in PokerStars National Championship Monte Carlo, which is €1 million guarantee event.

Another event like €5,300 buy-in PokerStars Championship Monte Carlo Main Event and 1,500 buy-in WPTDeepStacks Amsterdam will take place at this poker festival. A total of 80 events will be played at the series.

Players looking to participate in some of the best eu online poker sites then they can check out realpokeronline.co.uk.