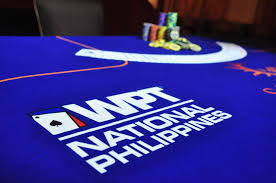 t Solaire Resort and Casino. This is going to be the biggest buy in tournament ever hosted by world poker tour. The buy in $200,000 re-entry is for the event No Limit Hold’em. The number of entries to Day 1 was 49 for Triton Super High Roller Series Cali Cup at world poker tour national.

The Cash Pool prize for the event is hugh and it is $10 Million whereas the winner of the event is expected to receive $3 Million.

On the Day 2, the event can break the record of largest pool prize of WPT which is $15.5 million for Season v WPT World Championship.

The Day 1 of the event belongs to the legend poker player Phil Ivey, who got total number of chips count to 932,000. Paul Phua, A Malaysian poker player is not far behind Phil Ivey and had 854,000 chip counts. Phua also announced that he will donate 50% of his winnings for Charity among two countries i.e. Philippines and Malaysia.

The tournament is one of the best in its class and almost all the top international poker pros like Phil Ivey, Mike McDonald, and Brian rast, Steve O’Dwayer, Fedor Holz, John Juanda, Tom Dwan and Daniel Colman are participating to the tournament and many of the best poker players are headed to the Day 2 of the event.

The Day 2 of the event would take place on Monday 12:00 noon and it will continue till the winner is announced. Registrations are currently in press for the Day 2. Last minute registrant has to play 25 big blinds.